After a comfortable and productive (thanks to my recent Laptop purchase) bus journey from Puebla to Oaxaca I clambered off the bus and asked for directions to Independencia. Easy as cake, I asked a few people along the way and everyone knew exactly how many blocks and what I’d pass. What a relief after Puebla!

Soon enough, I was standing on Independencia. I checked the number, I was in the thousands. Ah dear, I wanted something less than 10! Never mind, and to the tune of Just Keep Swimming I set off for what I thought was going to be a long trek. I had not yet learnt, you see, that that in Mexico each block is one hundred regardless of how many houses are on there. So a mere 10 blocks later I had arrived! 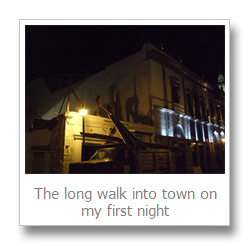 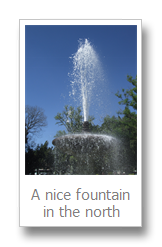 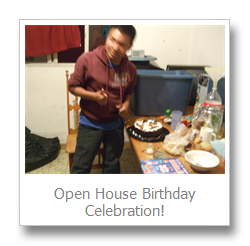 That night I ate well, slept well and had the pleasure of partaking in a small birthday ceremony for one of the house mates. I was staying in an open house run by some great people who are starting a project to acquire land in order to become self sufficient and then to to open it up to anyone who needs it. An admirable goal and I met some dedicated people, but it’s not quite my capitalist cup of tea.

So I can’t say I was too disappointed to fall back to my CouchSurfer when the group announced they were all going for a trip, and if I had somewhere else that might work best (for everyone, since we’d only just met they didn’t want to hand over the keys just yet, and if they were all going I’d be all alone anyway).

After a few text messages on Monday evening I had arranged to meet Ricardo in the Zocalo (town centre) in the morning. As often happens when you contact many CouchSurfers in one town, I remembered little about him – let alone what he looked like – but I knew I’d not made contact with anyone I didn’t like (which doesn’t really narrow it down). So in front of the cathedral I sat and waited for someone with that “Are you the person I’m looking for?” expression. After an uncustomary (for Mexicans) “Sorry I’m late” text he soon showed up and so began the day which was to begin the week.

I can’t honestly say I remember what we did the first day, I remember getting told off in the market for testing the avocados (“Don’t squeeze them if you’re not going to buy them”, to which I refrained from a “but how do I know if I want to buy them, then?”) and I remember catching a very bumpy bus back to Ricardo’s house. I thought that bus would never end. 20 whole minutes later, I put my spine back in line and we hopped off. It wasn’t intentional, but with a combination of Ricardo being late for work in the mornings and me forgetting how early the buses stop running (9pm) that turned out to be the penultimate bus in my whole week in Oaxaca. 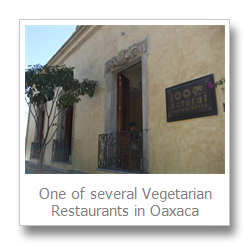 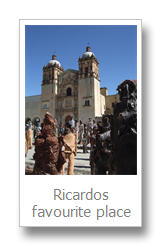 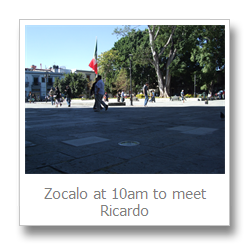 Ricardo was a fantastic host, he owns and runs a restaurant with his parents and also works with other restaurants to help them attain a particular star rating. So his working hours were flexible, and for anything aside from work it seems he was a punctual person – only the second I’ve met in Mexico! We hung out a lot, usually in coffee shops and pubs. Oaxaca has no shortage of coffee shops, virtually all with Wi-Fi (though my favourite didn’t and one added 10 pesos to my 12 peso bill for using it!).

He took me to his favourite places, let me go up the hill on my own and I hung out with his friends my new friends and whoever else was sitting in the pub at the time. If this were one of the days of creation, God would have looked upon it and seen that it was good.

Wednesday morning started like any other day – in someone’s house in the suburbs of a small city in southern Mexico. After an avocado based breakfast (remember the lady who’s fruits I squished? The next lady along had a better pear.) Ricardo announced he was late for work, so into a taxi we hopped. Since he was working all day, I had the day to myself and I had big plans. I’d been making good progress with work, and today felt like a good day to fly ahead with an actual solid days work. Possibly the first since I left Currency Solutions.

I started in Cafe Brujula, one I’d heard about from Maureen and various travel guides, I heard the internet was slow but the people nice. I ordered a black coffee (local and organic as is the standard in Oaxaca) and sat down to crack on.

I had managed a good few mugs, several solid hours of work and had just finished up a blog post when Ricardo text me saying he was going for Lunch so how about meeting for a coffee in Coffee Beans? “Excellent, about time for a coffee break” I thought to myself. I paid up and headed the three blocks to meet him.

I explained a dilemma I’d been having, I want to try the local brew but I’m afraid it’s too hot out to be drinking scorching hot coffee at this mid day hour. He explained that I was in the right place for such a dilemma, since Coffee Beans have a menu of iced and flavoured coffees. By the end of my week there, we’d been through all of the flavours and even come up with a few flavour combinations of our own. 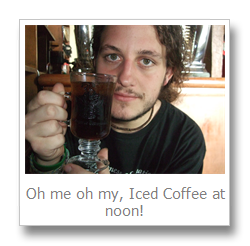 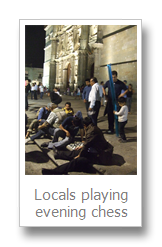 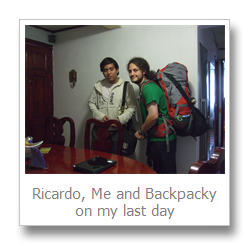 Ricardo headed off to work, and I decided I’d probably had enough coffees for one day if I wanted to have a hope of sleeping that night. I headed to Mina Street, a few blocks south of the Zocalo, where Maureen and I had found a Wi-Fi enabled chocolate cafe selling an assortment of flavoured hot chocolates. Local and organic, naturally. 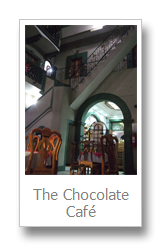 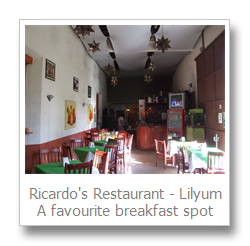 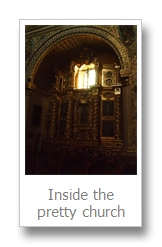 I spent the rest of the afternoon working my way through a host of flavoured hot chocolate drinks while churning through another bucket load of work. That evening, Ricardo and I returned to Coffee Beans for some beers. Unfortunately there’s only one local beer and we didn’t discover it until late in the week (though we managed to squeeze one in just in time for me to still catch my bus as I left!).

All good things must come to an end

Nothing last forever, even a blissful week in Oaxaca. Early in the week I had ordered an extra battery for my laptop, so I could have twice as much time on the busses, but when the Genuine HP 9 Cell battery I had ordered arrived it turned out to be a compatible 6 Cell for the same price. The lying scumbag in the shop stood his ground nonetheless and persisted that it was as ordered. I took my deposit back and met Maureen in Coffee Beans for quick drink, a short rant and a ponder. Eventually it became apparent that I wouldn’t get another chance to get an extra battery, this one wasn’t too expensive (1050 pesos, around 50 GBP). So first thing Sunday I returned to Del Boy.

I booked my bus ticket for Sunday night, paying the extra 90 pesos to have the super luxury deluxe bus which had a power connection for up to 12 hours of work all the way to San Cristobal! Though I did stop to sleep, admire the view, and chat to the slightly nuts gringo in front of me.

My last two hours in Oaxaca were spent with Ricardo, we were happily finishing off the flavour list in Coffee Beans when we remembered the local beer we’d heard about but not yet tried! Oops, I was so carried away with the coffee I forgot the beer! (Saz would not be impressed!). We rushed off to the bus station, left my back pack in the left luggage and shot off up the dark northern streets of Oaxaca vaguely following my now battered tourist map courtesy of the tourist office on day 1. 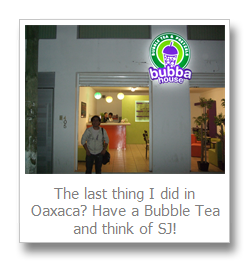 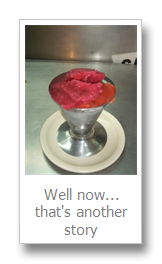 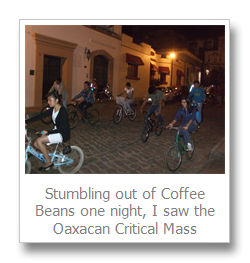 We arrived, and arrived we did. This was no off license serving up the local brew, this was a beer emporium with at least 5 dozen beers from around the world and Mexico. Tempting though it all was, we had a mission. Buying a light and a dark version of the local we drank like louts on the street as we headed back to the bus stop. I have no special words for the local beer, but I’m glad I enjoyed it 🙂 We stopped on the way to the bus station only because I saw a bubble tea place and felt a desire to pay homage to Ol’ Sarah-Jane 🙂