Well it’s really not so bad, but the few people who I’d spoken to about climbing this hill, slightly to the west of Oaxaca central, didn’t seem so keen to come with. I didn’t think it was so bad. There’s a wide path consisting of about 10 sets of stairs taking you right to the auditorium at the top. Entering the auditorium made me feel like a [[Gladiator]]. After the climb I was slightly out of breath as I walked through the cool shade of the tunnel, curving at the end so the lions can’t see you coming. I soon forgot about [[Ancient Rome]] as I climbed the final (so I thought) set of steps and looked down over a lake of buildings which was Oaxaca, filling the valley between the mountains and spilling through the gap between them to the North East. 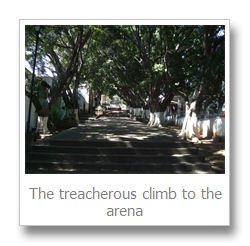 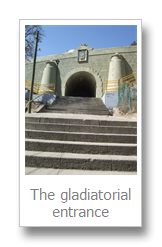 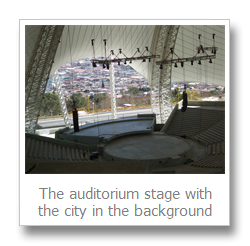 A collection of slacking police sat chatting with their guns on their shoulders busy guarding a totally empty plot of concrete, throwing them a very Mexican “Buenos Tardes” I continued my journey up. Another half a dozen set of steps and I could see into the auditorium from the back down to the stage. The city, mountains and sky form the backdrop to the stage and you can really see why this has been a popular spot for events for many years.

The Planetarium and Observatory

Another 5 minutes up hill, along a path surrounded by trees which look like they’re bowing down to the east, lie the Planetarium and Observatory. The former is a modest size but the small exhibition outside looks well done and presumably the inside is of a similar quality. Unfortunately there’s nothing in English so my explorations stopped short. With diminishing hopes for a star studded evening I continued to the Observatory. It didn’t look promising, and a local who had come up here (with a couple of buddies) for some exercise panted between breaths that it wasn’t functioning at all anyway. 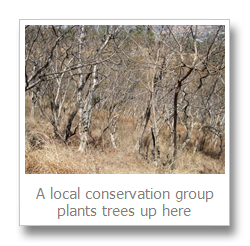 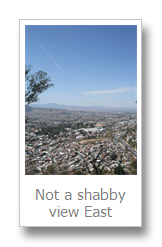 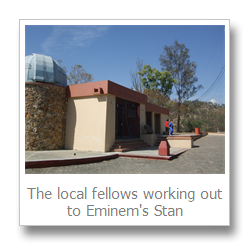 Despite the closed auditorium, all Spanish planetarium and shut down observatory I’m a big fan of the hill. It’s got a wild feel to it (though it’s being conserved by  a local group of volunteers who plant trees) and is more tranquil than an empty park on a Tuesday morning.

Last summer I went for an interview at TechHub in [[Old Street]]. I’d never seen a place like it before and thought it was a fantastic idea, had the company had the money and I not been running off to Mexico it’d have been a great place to work. Maureen has found a similar place in Oaxaca (remember when I said I might not come home?). I’m meeting her in a short while to have a visit, but based on her description and my experience at TechHub it’s essentially an open plan office where freelancers, start-ups and teeny businesses can base themselves to enjoy the office culture which you can’t get working alone and to be able to network with people from different industries and sectors. So if you need a designer, you can walk around and ask for a designer. If you need a [[videographer in Oaxaca]], just pop over and say hi!

So about coming home…

Now of course I’m going to come home eventually, because London and my life there is far to fantastic to refuse, but it’s getting very tempting to stay here longer. Here being Oaxaca. With local, organic coffee on every corner and chocolate (also local, organic and almost always without milk) like you’ve never tasted before it’s going to be hard, even with gems such as Chococo back home!

One thought on “Oaxaca’s Hill of Doom”