Everyone has things about themselves that they’d like to change, that’s not a bad thing. That’s what makes good people good.

We hear a lot that we should be proud of who we are, that nobody’s perfect and that’s OK. In fact it’s often said that it’s a good thing, we should surround ourselves with people who accept us for who we are.

Load of rubbish, I say.

When I was younger, I had lots of dreams. Some were realistic – I wanted to be a chef. Some I knew would only ever be dreams – how could I be a rock star if I couldn’t play music and sing/think/tap my foot at the same time?

Over time, these dreams changed. I realised that what I really wanted, was to make the world a better place. None of this “world peace” or “free Tibet” style better, I’ve never felt qualified for those.

The handy thing about a dream like “make the world a better place” is that is got quite a lot of scope, but it’s quite simple to do. At the end of the day I realised that the best way to do my bit for world peace is to become a better person.

This has the added advantage of being rather handy in my day to day life too.

So I set about becoming the Sami I wanted to be. This started in Israel, where I knew nobody and could be whoever I wanted – I could ‘try out’ different behaviours, senses of humour, and see which I felt most comfortable in. That’s not to say I wasn’t comfortable before I went, but I was certainly more happy being the post-Israel me.

That was the most important thing I’ve ever learned – that it’s OK to change. You’ll make and lose some friends along the way, but that’s going to happen anyway (because change is OK, remember?).

Ever since then, I’ve thought about who I want to be, and how I want to get there. I’ve become comfortable as myself – step one. Over the past couple of years I’ve become more organised – step two. Next up, to become work-organised (a mysterious concept known as ‘having free time’) and to become healthily-organised. That last one’s a bit of a drag, I’ve never enjoyed exercise when it’s not a by-product of the quickest way to get to the train station.

But it’ll make me a better person, which will (in it’s own tiny way) make the world a better place. 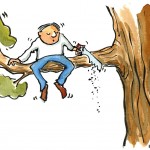 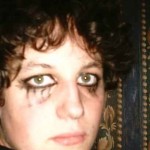 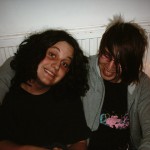 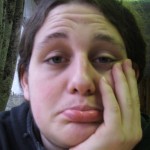 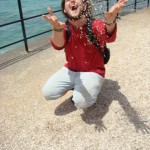 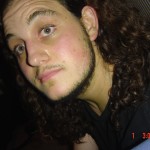 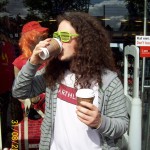 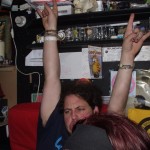 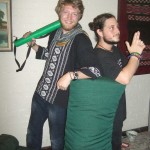 2 thoughts on “Don’t be Proud of Who You Are”