Whowzers, what a magical place.

Dozens of diddie water falls falling a few feet down steps 50m wide, and just above? Another step separated by a tranquil pool of crystal clear calm water.

We dove right into the first pool, splashed about, hopped between underwater rocks and threw fruit at each other. 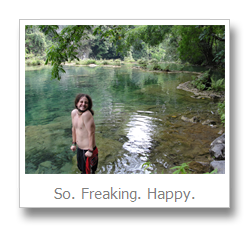 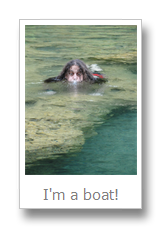 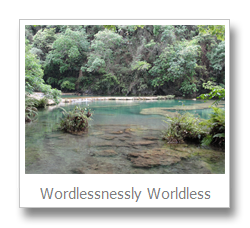 It was blissful, transported to another planet like refugees from stress. Not that Alex or I are much ones to stress, but Steph sure makes up for our lacking!

After a time we climbed up the slippery waterfalls of the first of 7 steps (the last some might say, since we were at the bottom) and dipped into the next pool.

The three of us lazily floated around being nibbled by fish feasting on the breakfast buffet of our dead skin, I wonder which they preferred ‘ the Guatemalan, the USAian or the Brit?

Turns out they probably liked me best, though only because while Alex fetched off for the camera and Steph explored the pool I sat still as a rock waiting for more fish, tempting the larger ones to come and nibble.

I loved it, dozens of them a few cm long swarmed over my legs and back while those a few inches long bided their time – no doubt a trait that helped them get so big.

For the most part it felt like being prodded with a pencil, though every now and then tehy either bit harder or hit a nerve and the pinprick like shock made me jump and the fish in turn all jumped back a foot too.

The best, though, were those feasting on my feet. Tops and toes no worries, but soles had me giggling like a gaggle of girls in jumpsuits.

After, we walked a little. 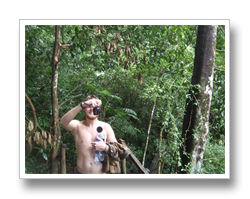 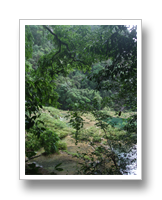 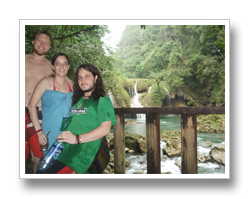 It was not always so tranquil, however. This brief spell in paradise took an alarming amount of effort, 2 days is not enough to see Semuc from Guatemala City.

Alex is here volunteering in a hostel called El Retiro. Steph and I caught the 7am bus from Guate city to Coban (5.5 hours) then the skull rattling unbelievably slow paced mini bus (2.5 hours) to Lanquin, finally arriving around 3pm. 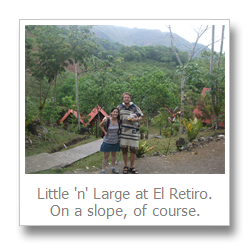 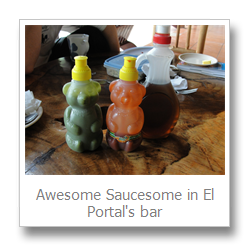 We now learned that the 11km to Semuc takes about an hour, we had to catch the 1730 bus from Coban the next afternoon, which meant leaving Lanquin at 1330 and so Semuc at 1230. The earliest shuttle from Lanquin to Semuc Champey arrives there at 1000 giving us a mere 2.5 hours!

We opted to stay in El Portal, a hostel right by the park entrance where the electricity stops at 10pm but the bar is well stocked and we can enter the park at 8am.

Steph stressed out in her own delightful way, I did consider dragging out for for my personal enjoyment but instead raided a cash machine (for which my banked blocked my card as suspected fraud) and haggled with a taxi driver and got her back to Guate by midnight before either turned into a pumpkin and her mum went mad with crazy. 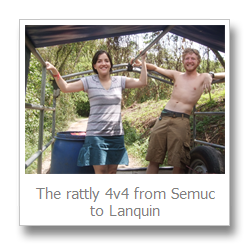 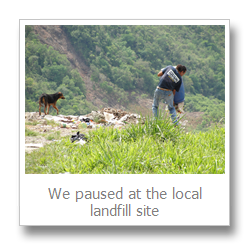 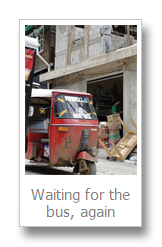 One thought on “Semuc Champey”