Relaxing on this cool concrete step at the side of Todos Santos’ square I overlook the village go by. Immediately to in front of me two Maya decedents discuss what appears to be an unhappy tale in Mam, their local language, as they chat the lady on the right tries to fix her bag handle. On the balcony to my left two menu dressed in traditional red and white trousers, large collared shirts and hats with a blue and white striped belt have been quietly discussing since before I got here.

The trouble I have here with approaching people is making the assumption they speak Spanish. Though it may be a fair assumption to make, it feels a little like rubbing salt into the wound of disparity between the Spanish descendants and the indigenous. In a similar way to visiting any other country and presuming someone speaks English – do you ask and risk patronising them or do you start out in English and hope it doesn’t make them feel bad for not understanding. Fact is, most of the indigenous do speak Spanish and are far too friendly to actually get offended by a tourist who wants to chat.

None the less, we had a brief chat, they had a jolly laugh at my Mam pronunciation and I never managed to understand her answer to my request for a photo. Some of those attached here, are from Claire. 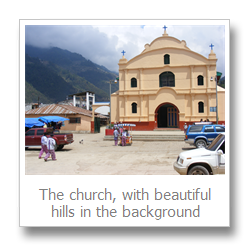 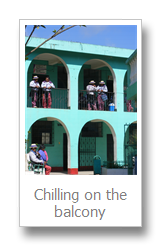 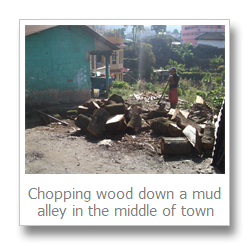 Mam is one of the many languages of the Maya, it’s spoken by a little under half a million people – more than the population of The Borough of Barnet. There are three main dialects, however due to massive suppression by the Spanish of the written language huge differences evolved between neighbouring villages. It’s cool stuff, here’s a couple of words I learned from the lady with the broken bag and her friend:

I’ve not made many doors this week

I’ve only been here for a few hours, it’s nothing like the Lonely Planet’s description of “Mud streets and tortillas everywhere” but it’s wonderfully tranquil, the air is fresh and the scenery stunning. As if that wasn’t enough, the people are friendly, I’m greeted by smiles and waves and just spent 20 minutes in the carpentery workshop of Juan Carlos and Jovani talking about how business is slow and the state of English Football! 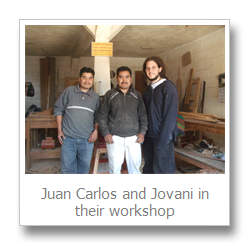 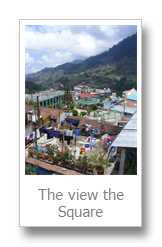 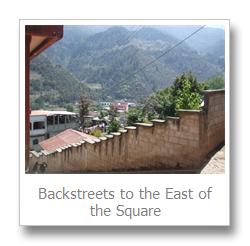 I had planned to enquire in HispanoMaya about their weaving class and film on local culture, but they don’t seem to be opening today. I shall try them again and, failing that, head to the ruins of Zaculeu.

Now it would appear at first, that here everyone wears the same thing, and I can almost hear mum saying “But where’s their sense of self expressive fashion?!”. But fear not, with a little eyeballing you soon notice that while all the guys have the same hat, the belt on it has different sequins or colours between the blue stripes. Many, too, have ditched their traditional shirt (which varies in the pattern, especially on the colour) or our European [[T-Shirts]].

The female difference is more subtle, in the patterns of their tops (all wear dark blue skirts and the way they tie their hair – often long black plats with coloured ribbon running down and tied at the bottom creating a big loop of hair.

HispanoMaya didn’t open but I also had to wait until 2pm hours for the bus which meant it would be too late to go to Zaculeu the same day. Instead, I hung out in a nice cafe with Internet and excellent fried plantains for a bunch of hours, until it got dark and began being dangerous to walk home. What’s the opposite expression of “Every cloud has a silver lining?”.

The next day, I hopped on a bus to Zaculeu. Zaculeu is a really cool place, sieged by the Spanish for several months before the inhabitants died of starvation, the town itself is surrounded on three sides by ravines, making defence easy. Today it’s a very nice sized ruins with reasonably sized pyramids, you can easily see the museum and walk the structures in an hour. Which was very convenient, since I only had an hour until I had to return to catch my bus back to [[Guatemala City]]. 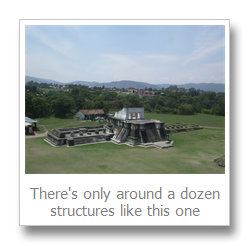 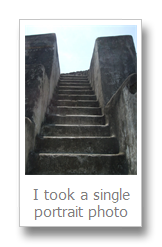 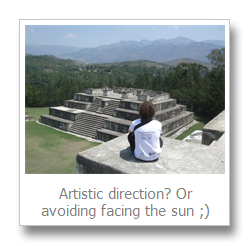 One thought on “Todos Santos and Zaculeu”