For a city with such a cool name (Pronounced way-way-te-nango, or just way-way for short) the Lonely Planet doesn’t have much to say about this place. I’ve come to meet my Guatemalan Family. My mum’s brother’s wife is from here so I have a small collection of aunts and uncles.

My 3 hour chicken bus from Xela to here involved boxed birds, an emergency stop to pickup passengers and a good long chat with the fourth Carlos I’ve met this week. He was interested in life in London, specifically whether it’s easy to get a working visa and whether his English would be beneficial. I spoke in Spanish, I’d like to add 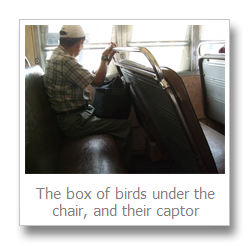 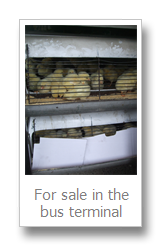 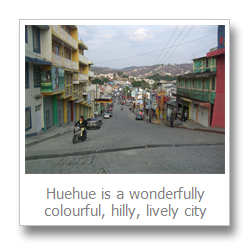 As usual I had few expectations, all I knew is that the first taxi I got will be over priced. 40Qs (£3.30) and 8 minutes later I was meeting Great Aunt and Uncle Marina and Tono for the first time.

Thankfully, my Spanish was more comprehendible face to face than during our previous phone chats (thanks to Paula for all her Spanish during those!) and introductions, welcomes and a glass of water flowed smoothly, I presented my gift of sour dough olive bread from the excellent bakery-café, Artesano, in Xela as Marina called my aunt Brenda and arranged for us to meet in the Central Park shortly.

As I wandered around the Central Park I was met by smiles and greetings. I had a nice chat with Carlos #5, who I unfortunately lost when Brenda arrived with her husband.

Brenda and I posed for some celebratory photos which were quickly sent to Aunt Carolina in the states via WhatsApp. Carolina and I had coordinated several times in the past couple of months, often her confirming details of my broken-Spanish phone conversations with Marina. I also posed by a cool tree with one of the dozen shoe shiners who hang out in the park.

Within moments Brenda had sorted out the plan for my stay. We arranged to meet at her parents for dinner in 2 hours time, at 6pm.

I failed to find Carlos #5 again, so headed towards the most interesting of a fairly dull dull bunch of drinking establishments listed in the Lonely Planet – though perhaps it was just the memory of the places listed for Antigua and those I’d discovered in Xela that made these sound unexciting. That said, not even two blocks later I saw “Musica en Vido” (Live Music) painted next to a door and stumbled into a fantastic little café. Benches, armchairs, books, a little gift store, a motor bike filled patio and really good coffee! 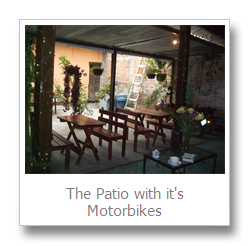 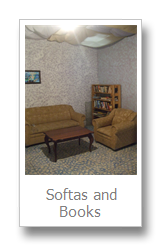 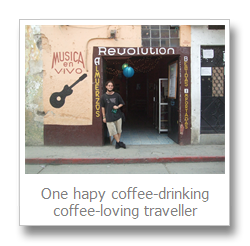 It became a shame that I only have an hour and a half here in Revolution.

I sit here now, sipping my toffee flavoured coffee thinking of all you back in England. In a mere 6 weeks we’ll be sharing Proper Pints ain Proper Pubs. But I’m pushing that to the back of my mind, I’m afraid, because this is the time to be living in there here and now (and next week at a stretch).

Tomorrow is Thursday, I’ll visit Todos Santos – a step even closer to the indigenous roots of Guatemala – and Friday morning to the ruins to the East. Friday afternoon I’ll head for Panajachel for the last night with The Triumvirate. 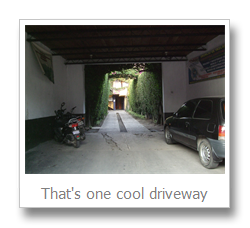 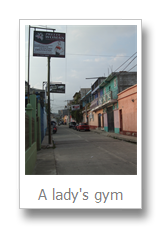 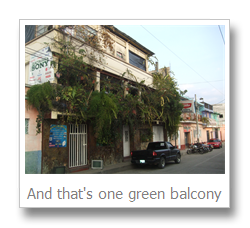