Teotihuacan, not only can I now pronounce it but I can spell it too!

I’m not really sure what to say about it, it’s just awesome. That and we don’t actually know an awful lot about it. 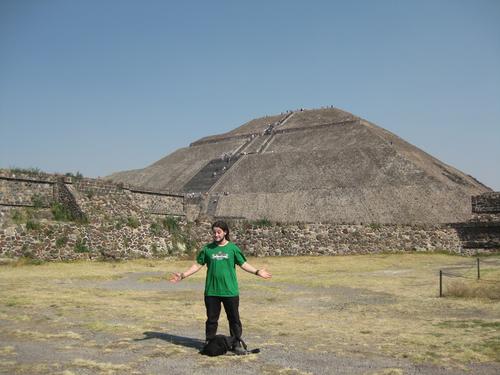 We know it’s old, it was probably started around 200BC though we have no idea by whom. It was all over by around 600AD, shortly before the Aztecs found it and thought it the place where the gods had lived.

At it’s height, around 450AD, it had around a population of around 200,000 and was probably the largest city in the world at the time.

It’s about 2 hours drive, and then several more hours walking around in awe, and clambering up the 234 steps of the Pyramid of the Sun. Which archeologists now think was actually dedicated to the rain god, not the sun god. 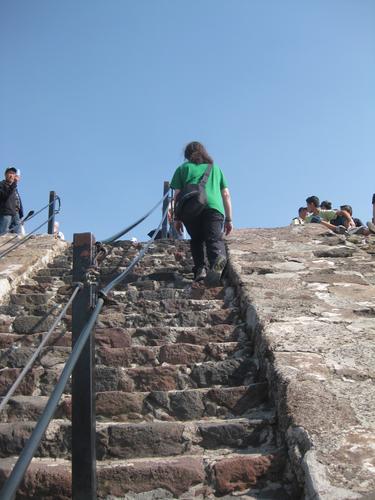 The view from the top of the Pyramid of the Sun was amazing, in every direction you look there’s mountains (being in the Mexican Basin and all). You can also look down upon green grassy mounds covering not yet restored pyramids and other structured from the old city. To the north is some ugly urban sprawl clambering up the mountain, which sucks – but nothings perfect. 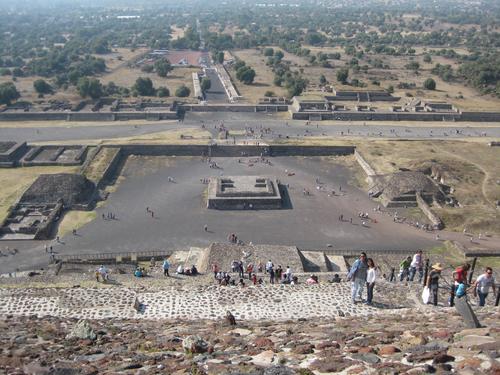 Also cool is the Pyramid of the Moon, much smaller but due to it’s having larger steps actually harder to climb. It’s located next to a large plaza and was probably used more by the plebs, with the Pyramid of the Sun being for the priests and important people. So, predictably, I prefer the Moon 🙂 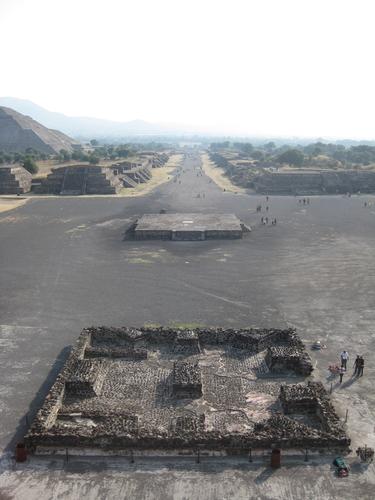 Also surrounding the main attractions are the ruins of the city: houses, offices, plazas and soap boxes (allbeing huge ones made from stone) – and many of the walls still reatin a faded remenant of their original paint work. So with a little imagination, you can take yourself back and imagine getting ready to go watch the latest human sacrifice tumble down the side of the Pyramid of the Sun.